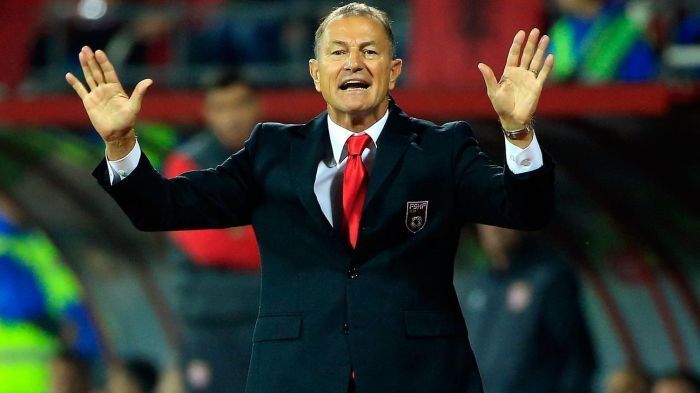 Italian football coach Gianni De Biasi has been appointed manager of the Azerbaijani national team, reports the press service of the football federation of that country.

The 64-year-old specialist's respective contract is expected to run until December 2021—the end of the 2022 World Cup qualifiers.

To note, in the fall of 2018, De Biasi had arrived in Yerevan at the invitation of the Football Federation of Armenia, but after negotiations he declined from managing the Armenian national squad.

Led by De Biasi, the Albanian national team had qualified for Euro 2016.

Gianni De Biasi did not have a coaching job after leaving Alaves in 2017.