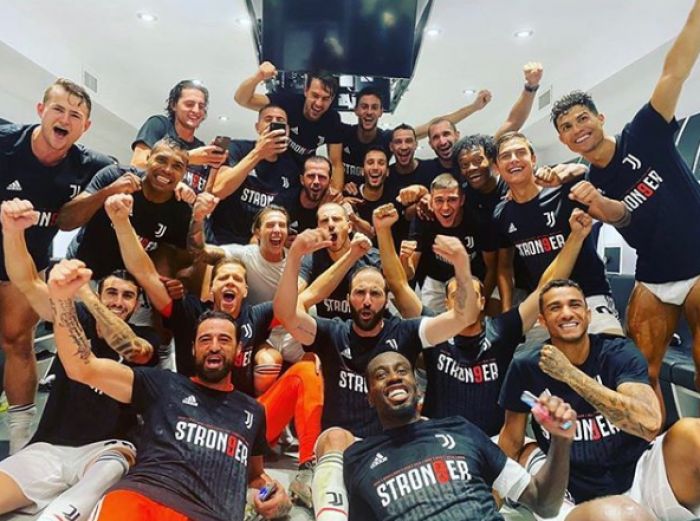 Juventus' Portuguese striker Cristiano Ronaldo thanked the club's fans after beating Sampdoria in the 36th round of the Serie A and being declared the football champions of Italy.

“Done! Champions of Italy,” he wrote on Instagram. “Delighted for the second consecutive championship and to continue building the history of this great and splendid club.

This title is dedicated to all Juve fans, in particular to those who have suffered and are suffering from the pandemic that has taken us all by surprise by overturning the world.

It was not easy! Your courage, your attitude and your determination were the strength we needed to face this tight final of the championship and fight to the end for this title that belongs to all of Italy. A big hug to you all!”

As reported earlier, Juve have become the Serie A champions for the 36th time.