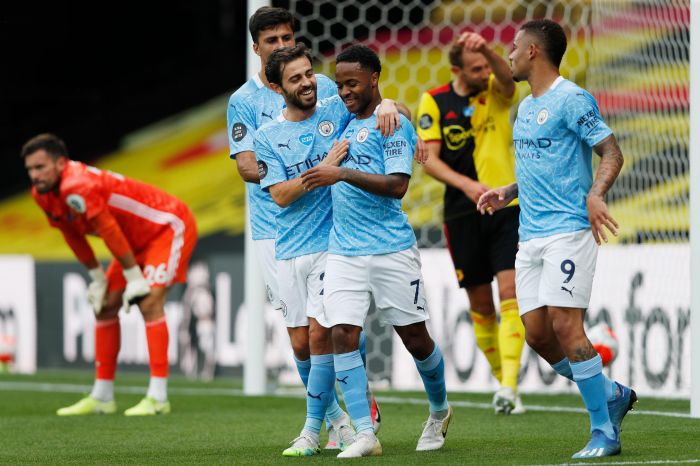 In the 37th round of the EFL Championship, Manchester City played with Watford and beat the latter 4-0.

English winger Raheem Sterling stood out with a double.

Manchester City, which secured second place, scored 78 points, Watford are in 17th place with 34 points and haven’t secured their spot in the next season of the Premier League just one round before the end o of the championship.