Guardiola: Man City qualified for Champions League on the pitch 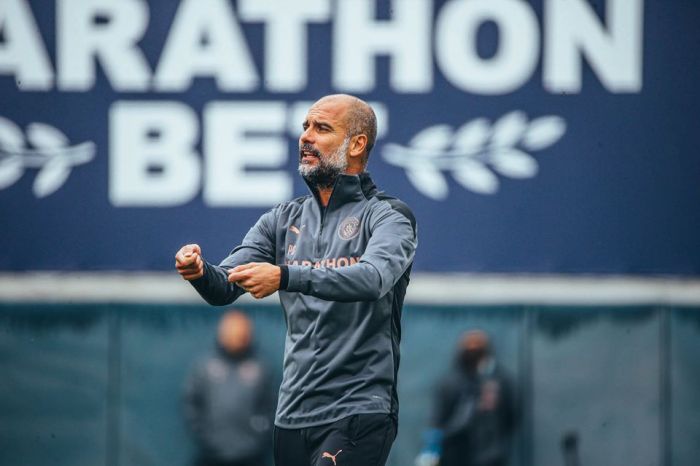 Manchester City manager Pep Guardiola believes his players deserve to play in the Champions League next season following a 5-0 smashing of Brighton on Saturday, GOAL reported.

The victory has sealed second spot in the Premier League for City but their place in the next Champions League campaign remains up in the air with a formal decision on their two-year European ban to be handed down on Monday.

Guardiola has always stressed the club's innocence in relation to alleged Financial Fair Play breaches and is hopeful his players will be rewarded for their performances like the one against Brighton with Champions League football next season.

“I was pleased with everything tonight—the result and the levels we reached,” Guardiola told Sky Sports. “We are now at a good level and are ready to play the last games of the Premier League and in the Champions League.

“We’ve qualified for the Champions League which was the minimum requirement for this club. And these players have done it for the last six or seven years.

“We won it on the pitch and hopefully on Monday UEFA will allow these players to play next season. They deserve to be in the Champions League.”

Manchester City does not accept the charge and suspension by UEFA and has appealed them with the Court of Arbitration for Sport.