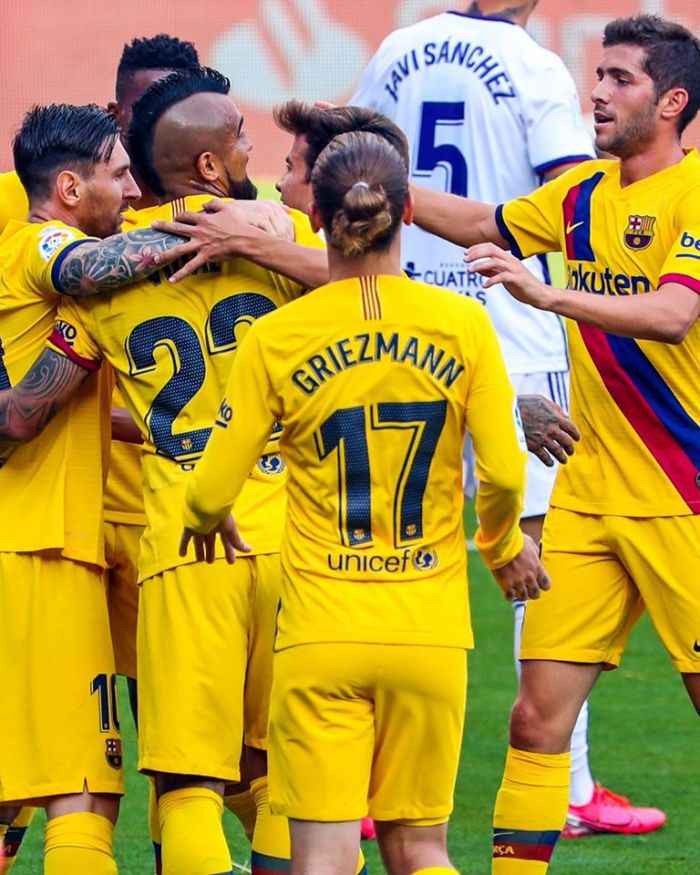 Barcelona's Argentine star Lionel Messi made an assist in their game (1-0) against Valladolid in the 36th round of the Spanish LaLiga, and repeated an achievement by former Arsenal striker Thierry Henry.

Twenty assists in La Liga is a personal record for Messi.