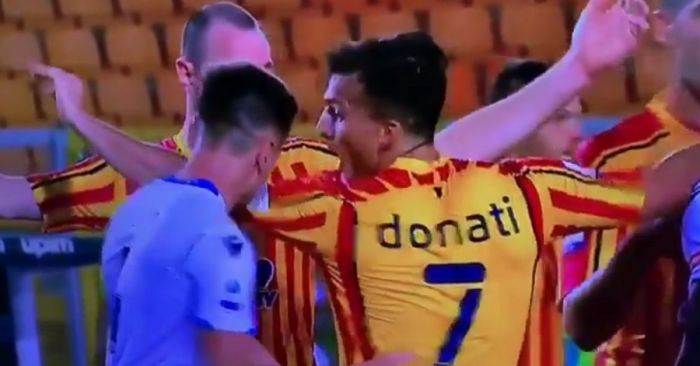 Spanish right-back of Lazio Patric Gabarron has been disqualified for four matches after biting the hand of member of Lecce Julio Donati during the added time of the match in the 31st round of the Spanish championship and receiving a red card, the press service of the A Series reports.

Gabarron won’t be playing for Lazio during the matches with Sasuolo, Udinese, Juventus and Caliari.