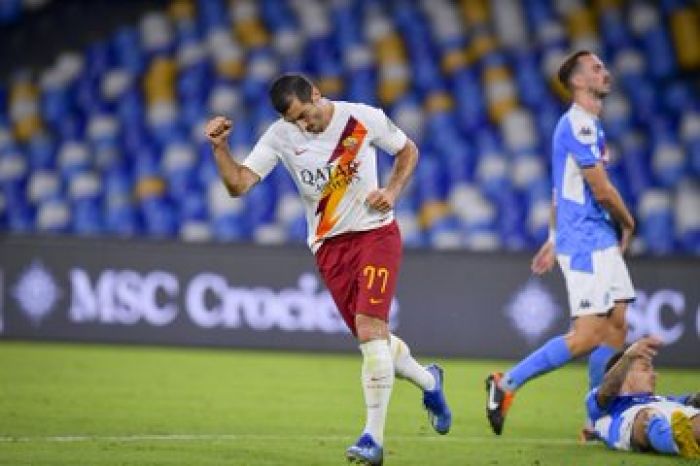 "I think we played better than in previous games, it was an undeserved defeat," Mkhitaryan told Roma TV. "We tried to give everything."

"After 1-1, we had the chance but weren’t concentrated when Insigne scored. However, we are working hard to finish the season in the best possible way."

"I think it’s more in our heads, we must be calm and not go crazy, thinking we have lost everything," he added. "There are many games remaining and fate is in our hands."

"We have a great team and can recover if we win the next game. We have to help each other. Everything will be fine because we have a good group."

"In these moments of difficulty, the team are important, and we are a real team, we help each other. We can win the next match if we are strong mentally."