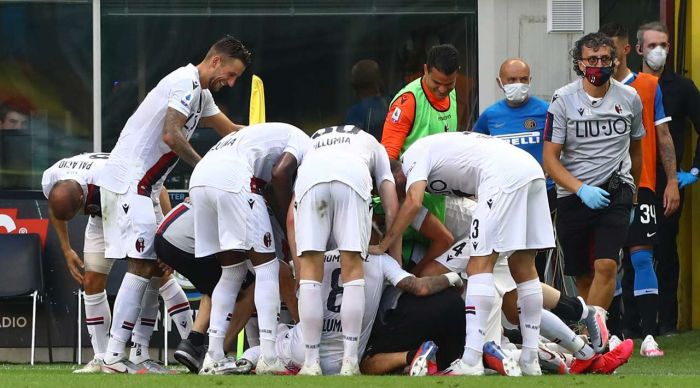 Inter rank third with 64 points, while Bologna are the ninth and have 41 points.