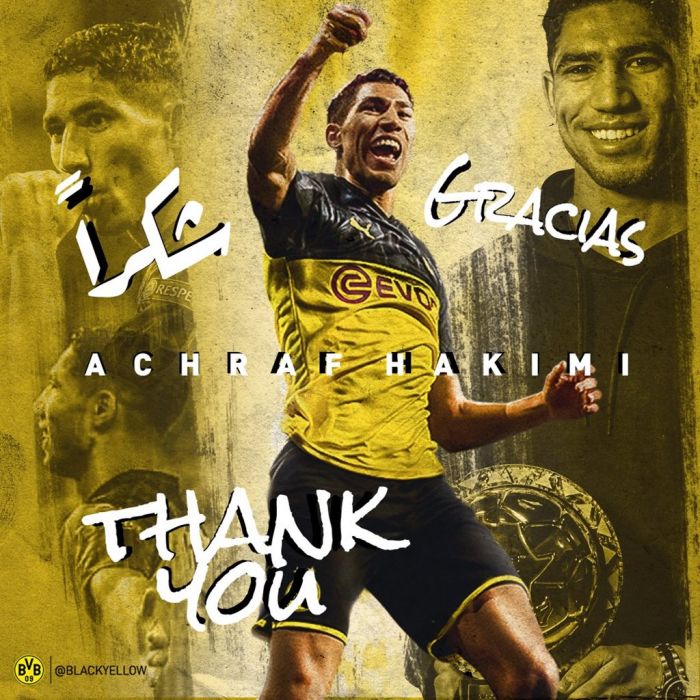 Hakimi has left for Milan where he will undergo a medical with Inter and sign a five-year contract with the Italian football club.

During the 32 matches of the championship that ended in Germany, Hakimi scored 5 goals and made 10 passes for goals.