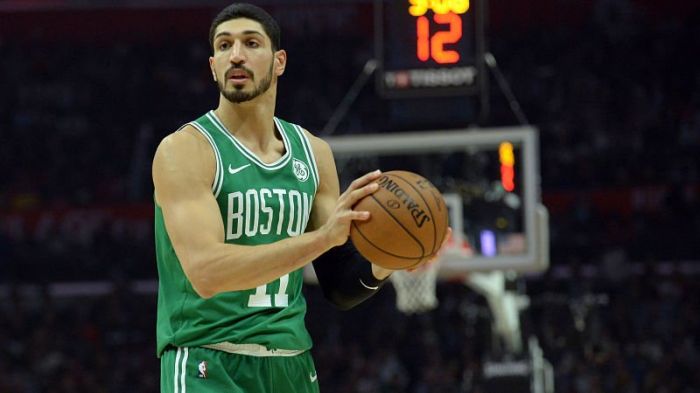 Boston Celtics basketball player Enes Kanter has presented an 'Erdogan sucks' jersey he is going to wear when the season is resumed.

A Turkish court has sentenced Kanter's father for 15 years in prison. He was accused of being a terrorist due to links to Fethullah Gulen.

In June 2020, Enes Kanter took to his Twitter to share some good news: "Wow! I could cry," Kanter said.

"Today I found out that 7 years after arresting my dad, taking him through a Kangaroo court and accusing him of being a criminal just because he is my dad. MY DAD HAS BEEN RELEASED!"

Turkish government had revoked Enes Kanter's passport and he will soon receive a US citizenship.