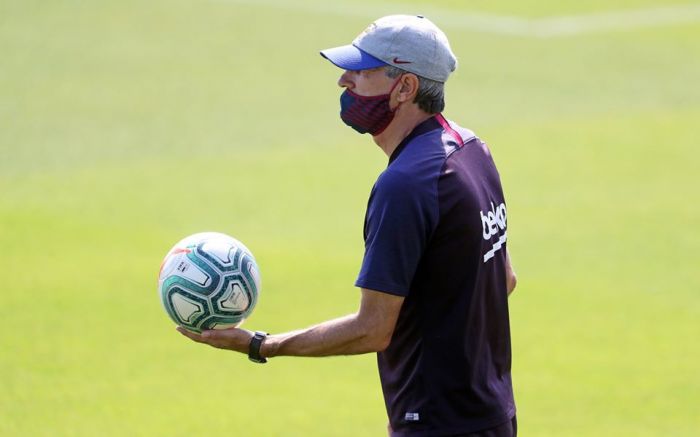 "We should have managed the game better when we had the advantage but we must also give credit to Celta Vigo," he said.

"They have quality and players that can make a difference. They took a lot of risks late on and got the goal that earned them a point. We should not have been in that situation because we were much better in the first half. We should have gone in at half time with a more comfortable lead."

"I think so. We're lacking that bit of luck. For example, it's incredible that Gerard Pique's (first-half header off the bar) didn't go in. Then one player jumps and the ball goes in (for Aspas equaliser). We did a lot of things well. It should have been a more comfortable game but we didn't take our chances. We have to correct things.

"We are not taking are chances. The superiority we had in the first half was enough to wrap the result up and to then play the rest of the game in a more relaxed manner. We're struggling with that. Taking chances. Sometimes it happens in streaks and when they're not going in it can knock confidence and create nerves. They're situations you have to accept and try and change and improve."