Maradona wants to invite Ronaldinho to his club 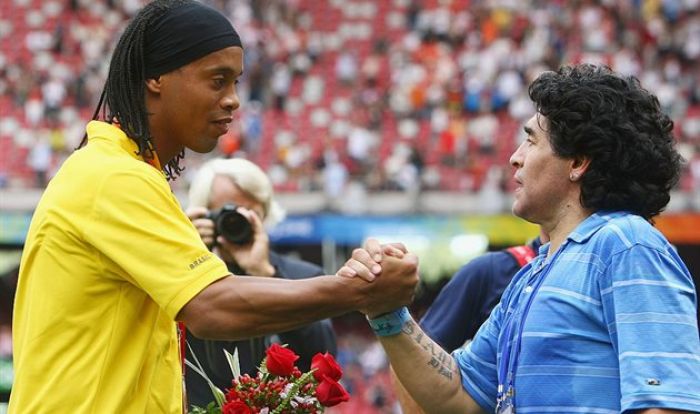 Football legend Diego Maradona wants to invite Ronaldinho, who has retired from football, to Gimnasia La Plata of Argentina which he is managing, El Dia reported.

Ronaldinho, 40, is currently under house arrest in Paraguay. He is charged with crossing the Paraguayan border with a fake passport. Ronaldinho, however, had stated that the said Paraguayan passport had been given to him as a gift and he was not aware that it was fake.