De Bruyne: We knew it was impossible to catch Liverpool after lockdown 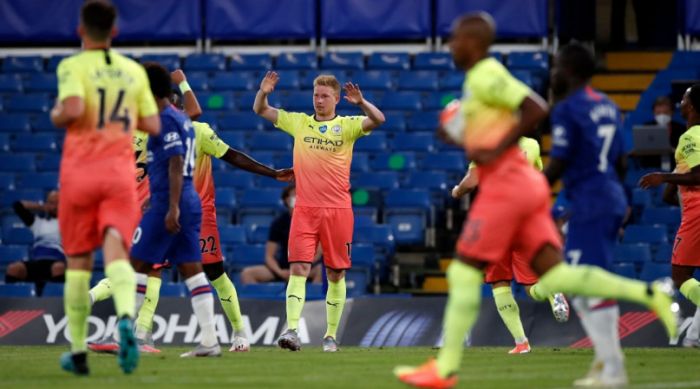 Manchester City's Belgian midfielder Kevin De Bruyne has given credit to Liverpool, which have already clinched the English Premier League title seven rounds before the end of the current season, Goal.com reported.

“We knew it was impossible [to catch them after lockdown],” he said. “You are always disappointed when you don’t win, but I think we are honest enough to say Liverpool were better this year.

“I think we worked really hard, we played really well but we weren’t good enough, and that’s no problem for us to admit.

“If everything goes to plan for us, then I think we still have 13 or 14 games, so we still have a lot to play for and a lot of objectives.