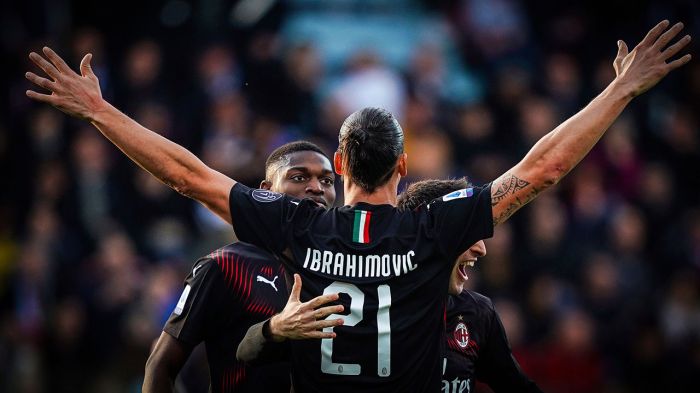 "God and his students," the 38-year-old forward titled this photo.

Earlier it was reported that Ibrahimovic has decided to leave AC Milan at the end of the current season, moving to Swedish club Hammarby, of which he is a co-owner.

Zlatan Ibrahimovic has scored 3 goals in 8 appearances so far in the current season of the Italian Serie A.