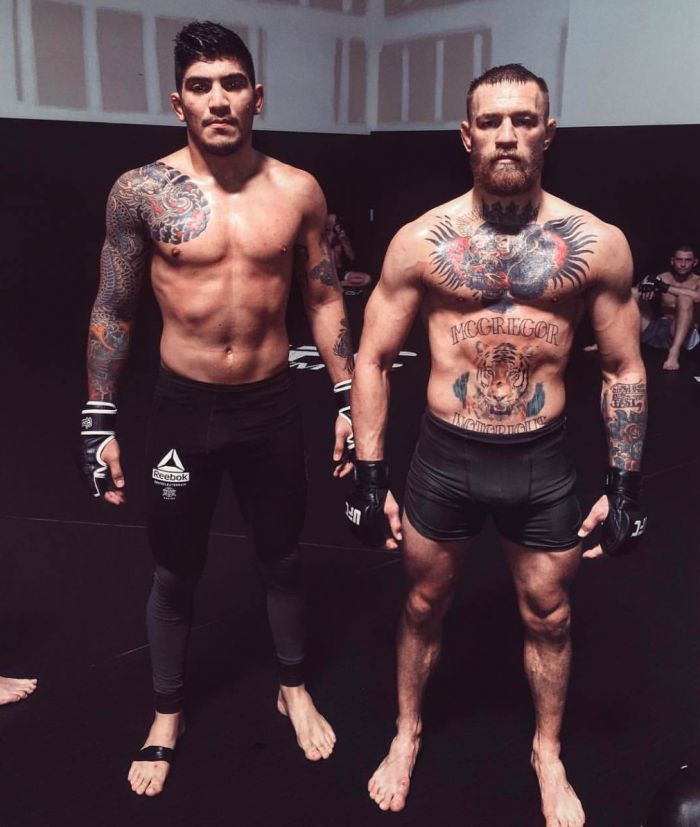 Danis took to his Instagram to share a photo of Nurmagomedov and his friends in the jacuzzi noting that this photo should be on the cover of the UFC 4 game.