Armenian boxer from Italy dreams of receiving proposal from his homeland

Boxer Grigor Davtyan, 14, lives in the Italian region of Liguria. He represents the All Boxing Team club and competes in the 47kg category.

"I have been boxing since I was 10 years old. At first I was involved in wrestling, but after a while I realized that boxing was closer to my heart. I trained in Germany for two years, and I have been training in Italy for two years already. My father trains me. I have participated in 7 tournaments, I have been recognized as the champion of Liguria,” Grigor told NEWS.am Sport.

The young athlete inherited his love for boxing from his father, Martun Davtyan, who has twice been recognized as Armenia’s kickboxing champion in his youth.

"Grigor was born in 2006 in Yerevan. Our family moved to Germany in 2016, and two years later we moved to Italy. Grigor was a wrestler in Armenia. After wrestling in Germany for a short time, he began boxing. I myself was working in Germany as a boxing coach. After moving to Italy, I received a coaching license from the Italian Boxing Federation, and now I continue my work here.

Grigor has won almost all the bouts in which he took part; he defeated the champion of Liguria. Italian coaches are very happy with him and even say that there is no boxer like Grigor in Italy in his age group. Until November, Grigor will fight in the 13-14 age group, and after November—in the 15-16 age group.

We are in constant contact with the representatives of the Boxing Federation of Armenia. We are closely following the situation around the federation.

In case of receiving a proposal from Armenia, Grigor will gladly present his homeland; that is not only his dream, but also of our family,” said Grigor's father, Martun Davtyan. 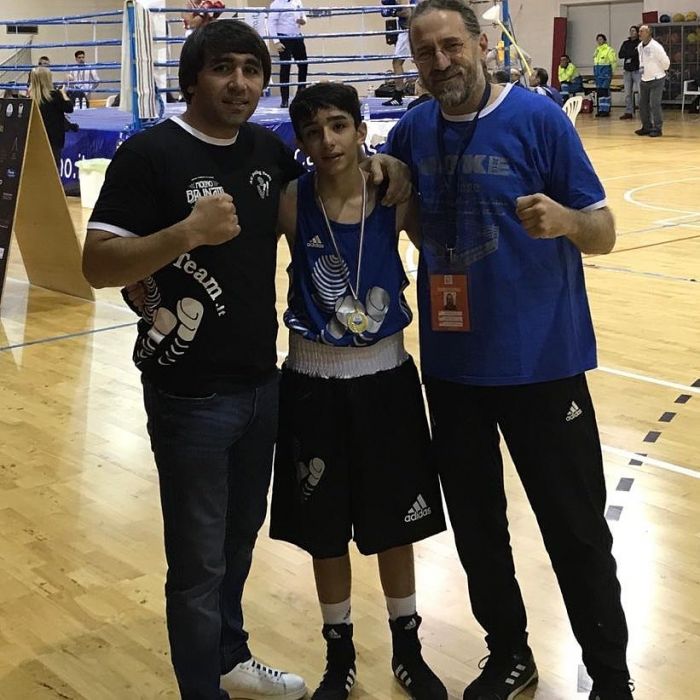