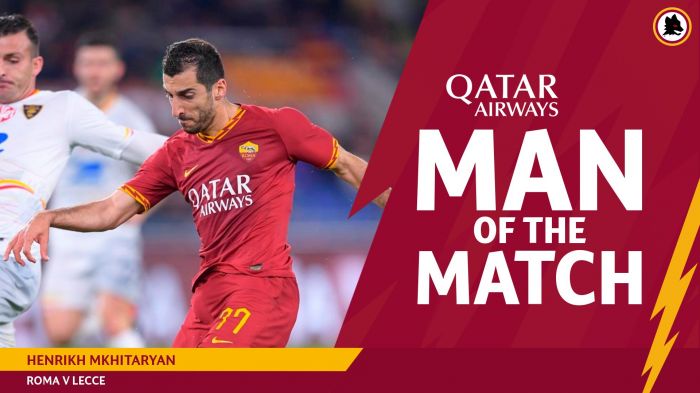 Roma and Armenian national team midfielder Henrikh Mkhitaryan named the best football player of the match against Lecce, the press service of the capital's club reported.

The Armenian football player scored a goal and made an assists in the clash. Roma defeated Lecce 4-0.