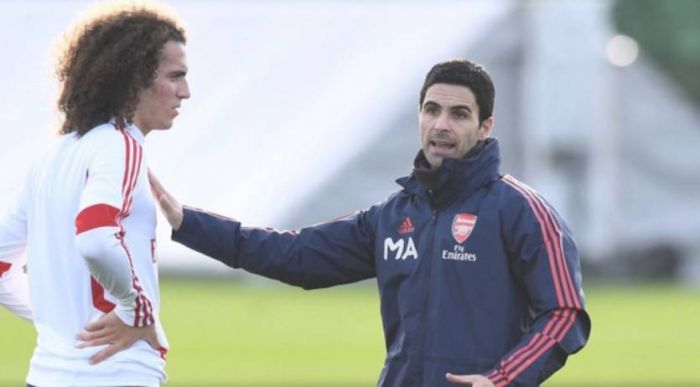 Arsenal midfielder Matteo Guendouzi was left out of the Arsenal squad because of his argument with head coach Mikel Arteta, Goal.com reported.

The argument broke out on the training pitch during a training camp in Dubai, but the reason is not clear.

Guendouzi was left out of Sunday’s match against Newcastle that ended 4-0.

The 20-year-old player appeared in 29 matches for Arsenal this season and scored three goals.