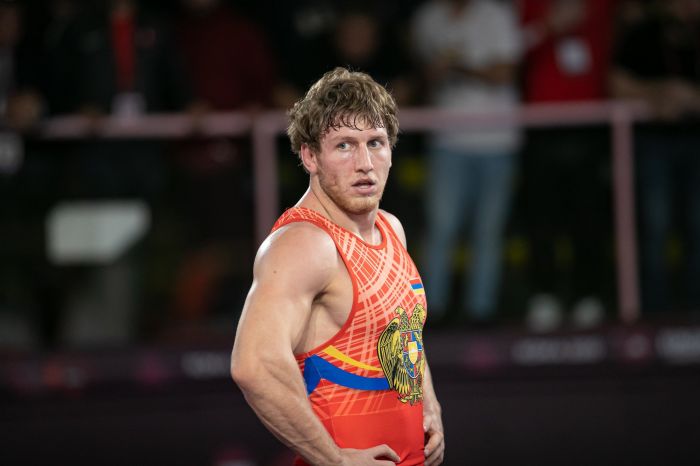 Olympic champion, multiple world champion and four-time European champion Artur Aleksanyan is participating in the final for 97 kg category wrestlers that has kicked off at the European Wrestling Championships (Greco-Roman wrestling), which are drawing to an end in Rome.

The Olympic champion began in the 1/8 final during which he beat Turkish wrestler Cenk Ildem 7-1, scored a confident victory over Bulgarian wrestler Kiril Milov (9-0) during the quarter final, and during the semi-final, Aleksanyan didn’t give Finland’s representative Mati Elias Kuosmanen any chance and beat him 8-1.