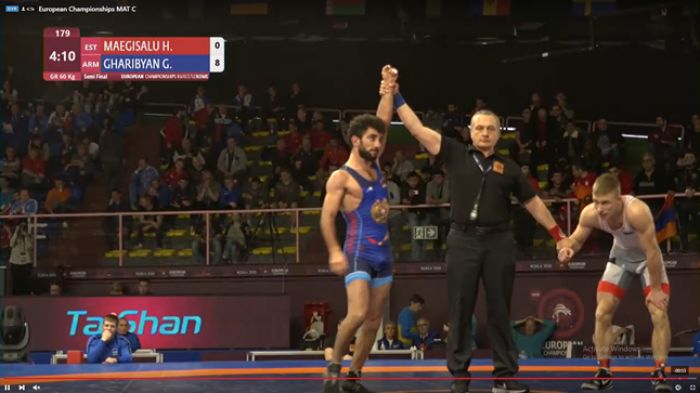 Gharibyan beat his opponent before the time ended and made it to the final.

He began from the qualification stage in which he had beaten Bulgarian wrestler Augustin Boyanov Spanov 9-1 and scored a brilliant victory over Azerbaijani wrestler Murad Bazarov (8-0).

The final matches will take place on February 12.