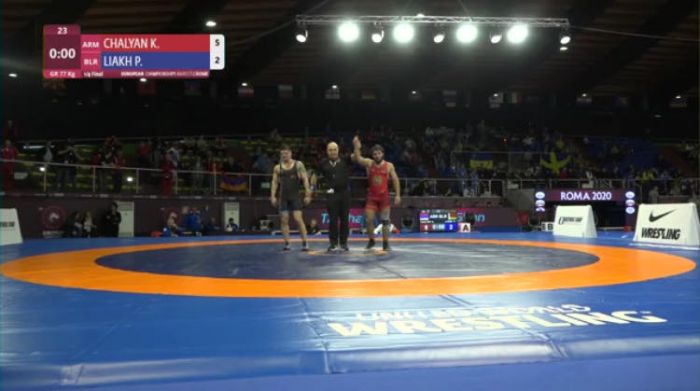 Armenia’s Greco-Roman wrestler Karapet Chalyan made it to the semifinals of the European Wrestling Championships.

Azerbaijani wrestler Sanan Suleymanov will be Chalyan’s opponent in the semifinal.

The European Wrestling Championships is currently held in Rome, Italy between February 10 and 16.