Setien pleased with his first clash as Barcelona head coach 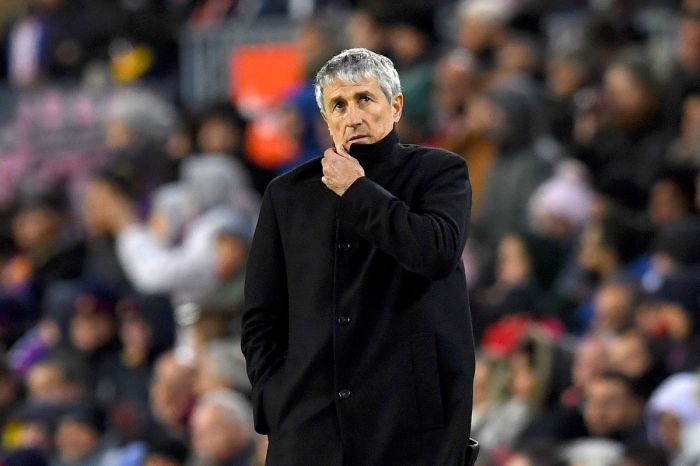 "I think it was a 'good,'" Setien said when asked how he would grade his team's performance. "Maybe we lacked a bit of conviction in the first half. Granada defended very well, and it wasn't easy. Furthermore, it was an unpleasant day, with wind, a dry pitch, and this stopped the circulation [of the ball]. I'm happy because we only conceded one shot in the first half and the shot that hit the post in the second half came from our loss [of possession]. I think we did a lot of things well and I hope that little by little we pick up fluency and improve in front of goal."