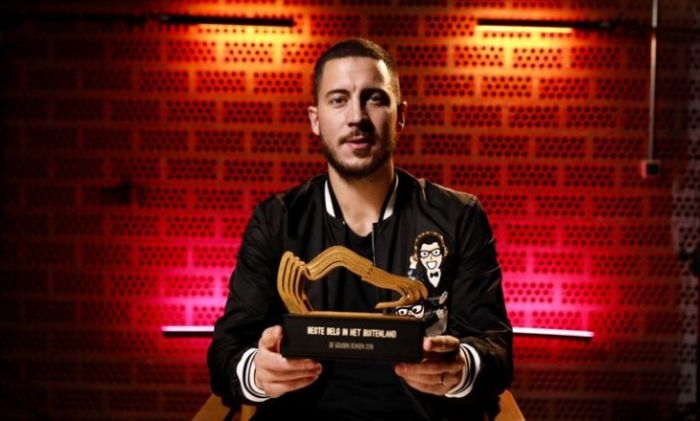 Real Madrid midfielder Eden Hazard has been named the best Belgian player in a foreign league for the third year in a row.

Hazard is recovering from an injury and is expected to join his team in February.