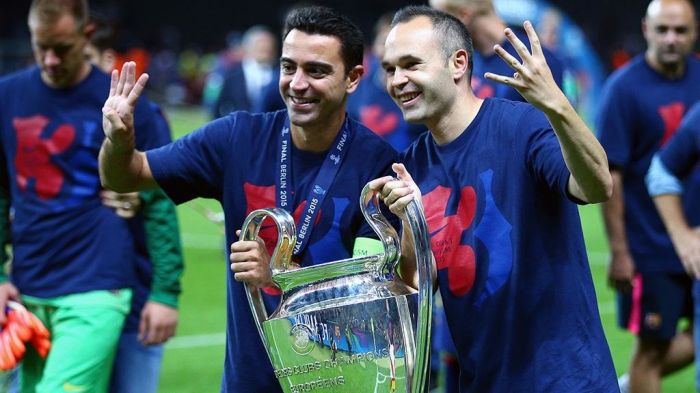 Ex-Barcelona player Andres Iniesta did not rule out that he once could join Xavi to coach Barcelona.

Although he said it is not possible now, this is a good idea, Goal.com reported.

“A partnership of Xavi and Iniesta doesn't sound bad at all, but it's not possible at the moment,” he told Radio Marca.

Iniesta, who is playing for Vissel Kobe in Japan, said he feels really good and enjoyed playing football this year.

“I still have the desire to train, play and have fun. The motivation is still there and that's the most important thing. I'm totally fine the way things are and how things are going.”

Barcelona offered Xavi to coach the club, but he rejected the offer for now. Quique Setien was later appointed to replace Ernesto Valverde.