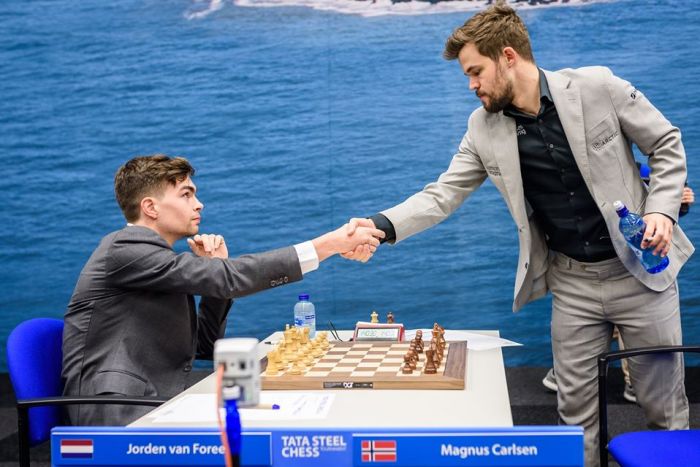 Magnus Carlsen completed another record-breaking achievement when he stretched his unbeaten record to 111 successive games. The 29-year-old world champion drew against Jorden van Foreest in the fourth round of the Wijk aan Zee tournament to edge past the 110 classical games unbeaten.