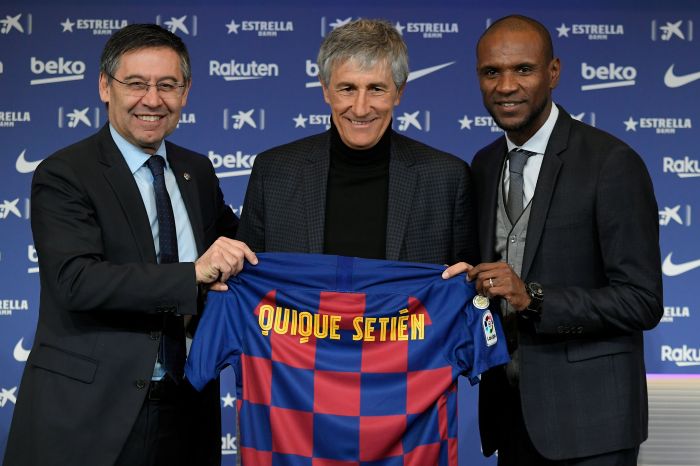 Setien, 61, has signed a 2.5-year deal with the club after Ernesto Valverde was sacked.

The former Spanish international started his coaching career in 2001, but has not won any titles yet as a manager.