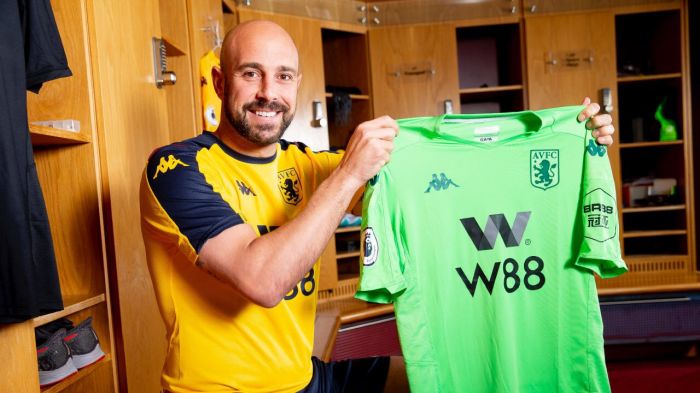 Pepe Reina, 37, has transferred to Aston Villa on loan.

The former goalkeeper of the Spanish national football team had been playing for Milan since 2018.