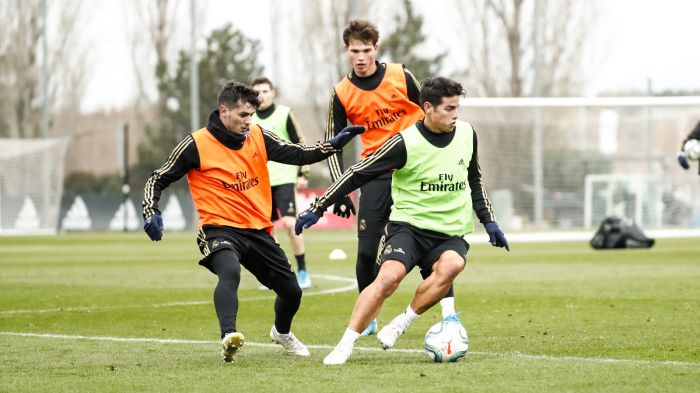 Midfielder for Real Madrid and the Columbian national football team James Rodriguez today participated in his first training after having received an injury during one of the training sessions as a member of the Columbian team.

According to the team’s press service, the 28-year-old midfielder participated in the training session until the end.

James Rodriguez returned to Real Madrid after playing for Bayern Munich as a leased player during the previous two seasons.

During this championship in Spain, the Columbian midfielder has participated in seven matches, scored one goal and made one pass for a goal.