FAF to hold march ahead of Armenia-Greece match 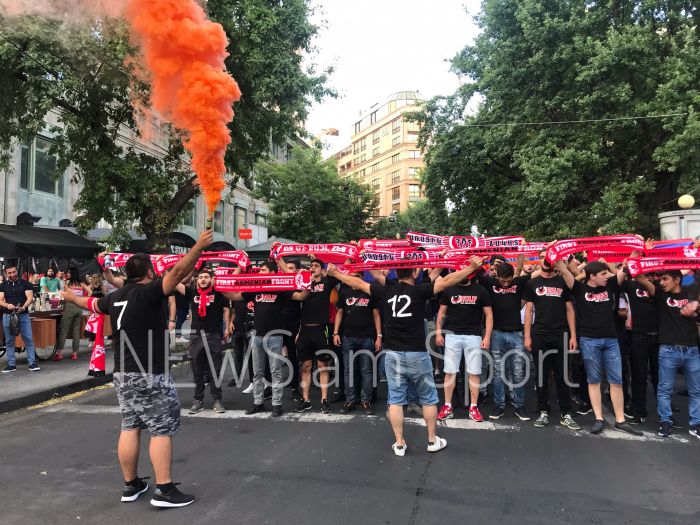 The FAF movement of fans of the Armenian national football team will hold a traditional march ahead of the last match of the Euro-2020 qualifying tournament to be held at Republican Stadium in Yerevan on November 15. The Armenian team will receive the Greek team.

“Throughout the year, FAF held football marches in central Yerevan and created an atmosphere just hours before the matches. Before the match in Yerevan at the end of the year, fans will also hold a march and will gather on November 15 at 6 p.m. near the statue of Aram Khachaturian in Yerevan. We bring the tricolor Armenian national flags and wear our scarves. The march will start at 7 p.m.

You can purchase tickets for the central sector of the eastern tribune to support the team with FAF. The members of FAF will also be wearing black shifts,” the FAF’s press release reads.

The Armenia-Greece match will start at 9 p.m.