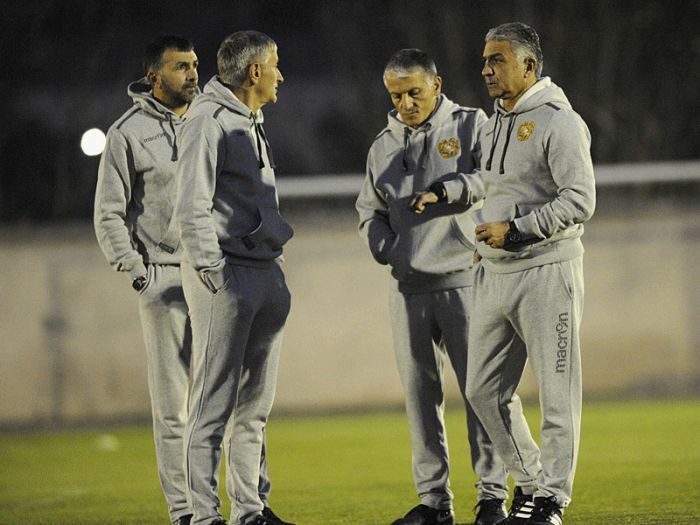 The Armenian national football team today started preparing for the matches against the Greek and Italian football teams in the last 2 rounds of the European championship’s qualifying round at the Technical Center/Football Academy of the Football Federation of Armenia.

Ara Nigoyan, Ashot Grigoryan and Yervand Sukiasyan are at the coaching headquarters of the Armenian team’s head coach Abraham Khashmanyan. The goalkeepers’ coach will be Roman Berezovsky, the physical training coach will be Armen Tonoyan, and the visual analyst will be Ghazar Hakobjanyan.

On November 15, the Armenian team will host the Greeks. The team will end its training in Yerevan on November 16 and will head to Palermo where it will play the last selective match with the Italian team on November 18.