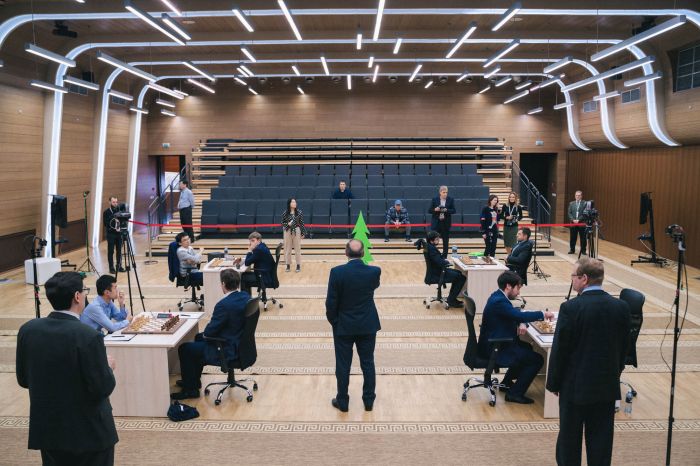 At the ongoing World Cup chess tournament in the Russian city of Khanty-Mansiysk, Azerbaijani Teimour Radjabov (2758) defeated US representative Jeffrey Song (2707) with a score of 1.5: 0.5 and in the semifinals he will meet with the winner of the confrontation between the leader of Armenian chess Levon Aronian (2758) and Frenchman Maxime Vachier-Lagrave (2774). Aronian and Maxime Vachier-Lagrave after 2 draws will continue to fight in a tie-break, which will be held on September 25.

The rival of Ding Liren will be the winner of the Russian couple Nikita Vitiugov (2732) - Chinese Yu Yangyi (2763), who will also determine the winner in the tie-break.