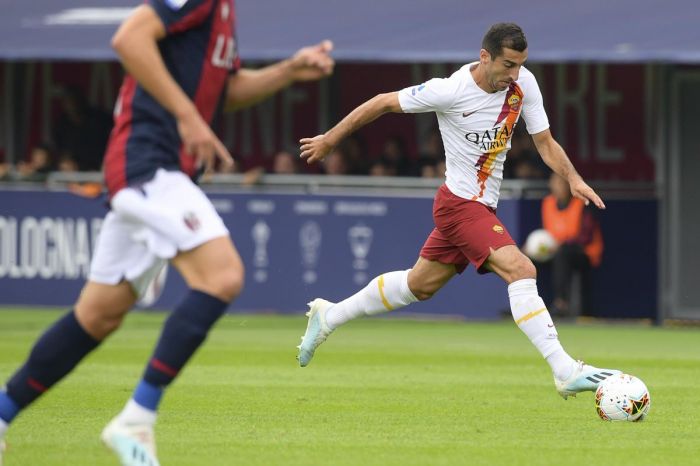 Roma were hosted by Bologna in their Italian Serie A match Sunday, and they defeated their hosts 2-1.
Armenian national football squad captain, midfielder, and Roma newcomer Henrikh Mkhitaryan was among the starters of this club, and he was subbed off in the penultimate minute of the game.

After this win, Roma are fourth with 8 points, whereas Bologna—fifth with 7 points in the current Serie A standings.

In the current season, Henrikh Mkhitaryan is playing at Roma on loan from Arsenal.