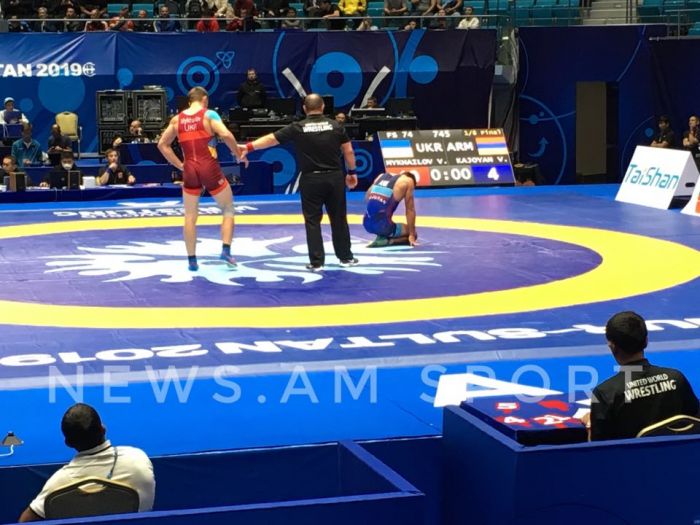 On the second day of the World Championship in freestyle wrestling held in Nur-Sultan, the representative of Armenia Varuzhan Kajoyan (74 kg) was defeated 4-10 in the 1/8 finals by the Ukrainian Vasily Mikhailov.

Varuzhan Kajoyan began the fight from the 1/16 finals, where he defeated the Lithuanian Andrius Mazeika 10-2.

If Mikhailov reached the final, Kajoyan will continue the struggle for a ticket to the match for the bronze medal in the consolation match on September 21.

Levan Berianidze (125 kg) in the qualifying round lost 2-3 to the Ukrainian Alexander Khotsianovsky.