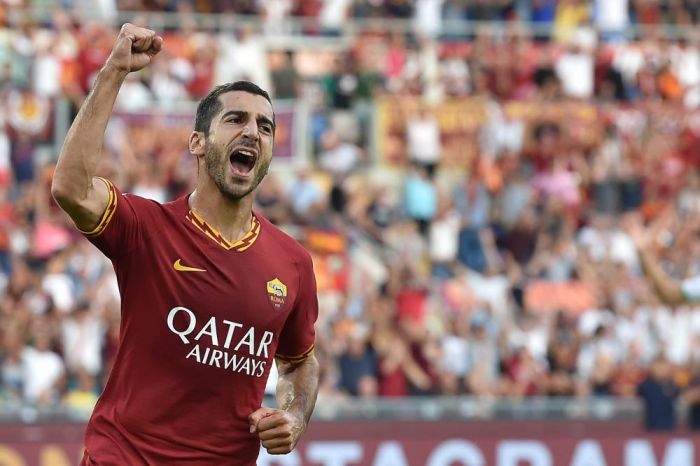 WhoScored.com has presented the statistics of Armenian national football team captain and Roma midfielder Henrikh Mkhitaryan in their Italian Serie A match against Sassuolo.

Accordingly, Mkhitaryan made one shot on goal and it ended in a goal. He made 45 passes, with an 82.2-percent accuracy. The 30-year-old footballer made three key passes, once won the battle for the possession of the ball, and once intercepted the opponent’s pass.

Also, Mkhitaryan did not commit a foul, but he was fouled twice.

The Armenia international received an overall score of 7.59.

Roma won the match 4-2, and Mkhitaryan, who played the whole game, scored his first goal for the club.

In the current season, Henrikh Mkhitaryan is playing at Roma on loan from Arsenal.