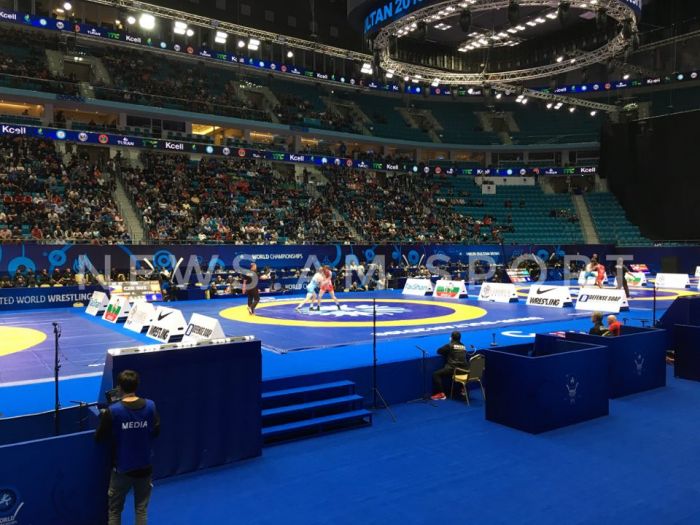 The tournaments of the World Greco-Roman Wrestling Championship taking place in Kazakhstan have kicked off in the 67-, 87- and 97-kg categories.

In the 1/16 final, Karen Aslanyan (67 kg category) competed with Tajik wrestler Mubinzhon Akhmedov and beat him 10-1 sooner than expected. The wrestling match lasted less than two minutes. Aslanyan’s next opponent will be Al-Sayed from Egypt.

Aleksanyan will compete with Finnish wrestler Kusmanen for a pass to the 1/8 final.