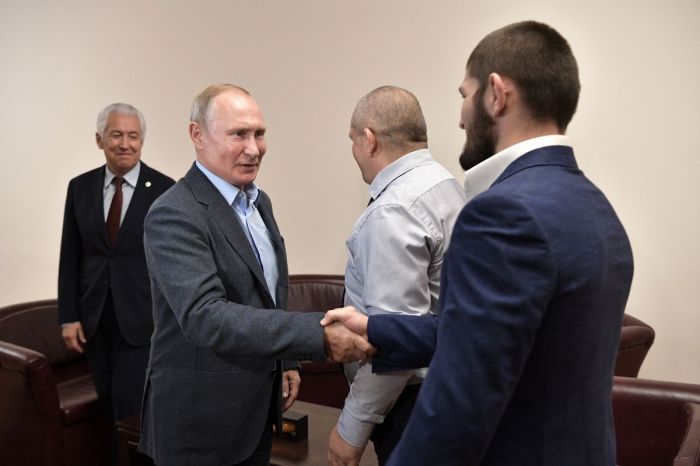 "Putin's congratulations mean a lot,” he said “This is a great achievement for me.”

As reported earlier, before leaving Dagestan, Russian President Vladimir Putin met both Russian champion Khabib Nurmagomedov and his father and congratulated him on the victory over the American Dusting Poirier.