Messi’s full interview with Sport: Barcelona is my home 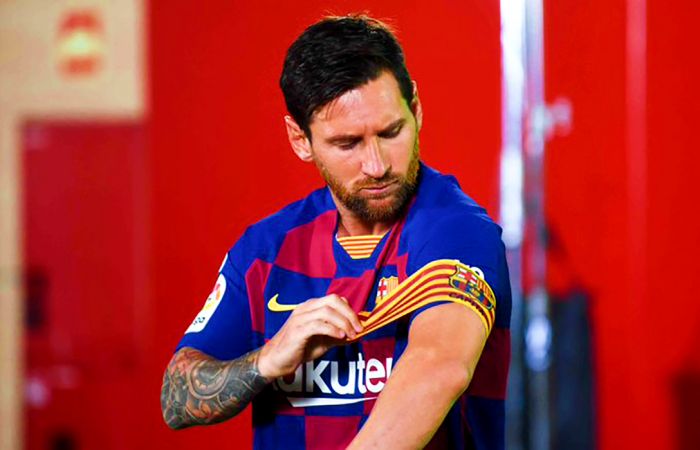 Barcelona star Lionel Messi said in an interview with Sport about his possible departure from Barcelona.

Here is the full interview of the Barca star to Sport.

About the last season

It wasn’t a great year for how it ended but we had a great season until the last two games. Our elimination from the Champions League made our entire season look bad when we did really well. We were close to achieving the treble but that one game ruined it all. After that, playing in the final of the Copa del Rey was difficult. In the second half, we played well but we have it away in the first half. Of course, it looks like a ‘bad season’ because we only won LaLiga. We didn’t achieve our goals

I don’t know. The Ballon d’Or is strange, no one really knows who is the favourite. Recently they’ve looked more at the club’s results, which isn’t a bad thing. Sometimes it’s been for the World Cup which not everyone values the same. I don’t know. Honestly, there isn’t a specific line on which you can define the Ballon d’Or winner. I’ve never felt I was the favourite or not. As I’ve said before, individual awards are secondary to me.

I feel better. It was really bad because it happened on my first day back and it originally looked to be something minor but, in reality, I have been out of action for the past 15 days. Now, I know what it is and I feel more at ease. I will return when I feel I have fully recovered.

About the new season

No, I’m not worried. It’s been a strange start because we’ve had a lot of players out injured. Against Athletic we played great. It isn’t an easy place to go. We couldn’t find the right pass in the final third but we had control of the match in the second half. We ended up losing the game and we didn’t deserve that. I saw a great team performance against Betis. The second half, in particular, was very good. But once again, away from home, it cost us against Osasuna. It doesn’t worry me but we need to know we can’t start that way. It’s been a really poor start and now, after the international break, we have to make sure everything clicks, become stronger and take control of the upcoming matches.

About winning the Champions League