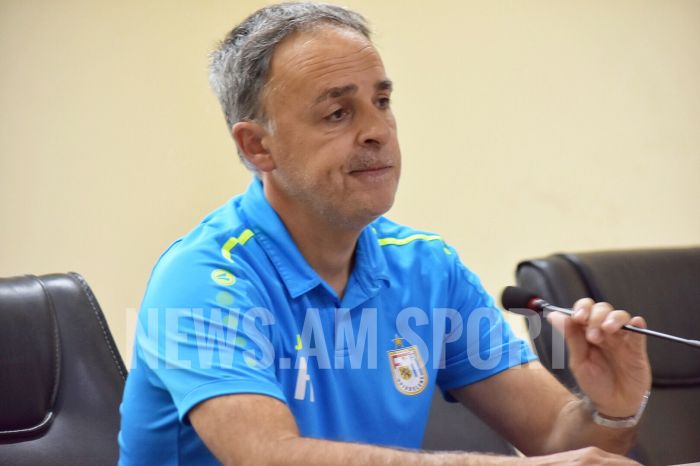 FC Ararat-Armenia was a strong opponent, but our game isn’t over yet. This is what Belgian head coach of Luxembourg’s champion Dudelange Emilio Ferrera said after the team was defeated 1-2 by FC Ararat-Armenia in the first match of the play-off round of the UEFA Europa League.

“Of coursre, I hadn’t told my team to lose. This was just the result of today’s game. The first half was hard for us. We managed to take control in the second half.

Every team is a strong opponent in the Europa League. Today’s opponent was very serious and difficult to beat. The previous opponents have also been difficult to beat. I can’t say what opportunities the team has to make it to the group round, and FC Ararat-Armenia can’t either.

The score corresponds to the game, even though, as I already said, we faced difficulties in the first 15 minutes. Our game is not over in the play-off round. Don’t forget that only at the last minutes of the game did Armenia’s team score the second goal,” Emilio Ferrera said.

The return match in Luxembourg will take place on August 29 and will kick off at 10 p.m. Yerevan time.