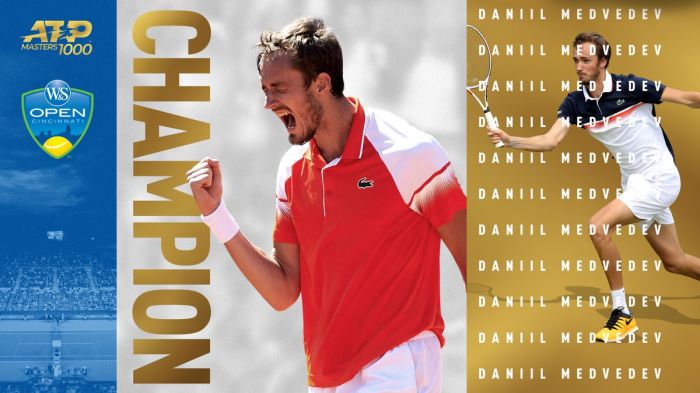 In the final of this tournament, Russia’s No. 2-ranked tennis player defeated David Goffin (Belgium) in two sets.

This is Medvedev’s first ATP Masters 1000 title in his professional career.

In the semifinals of this competition, the Russian had beaten Novak Djokovic (Serbia), who tops the ATP Rankings.

Print    |  Հայերեն
Thank you for your comment. Your comment must be confirmed by the administration.
last news on "ATP"
Total votes (12)