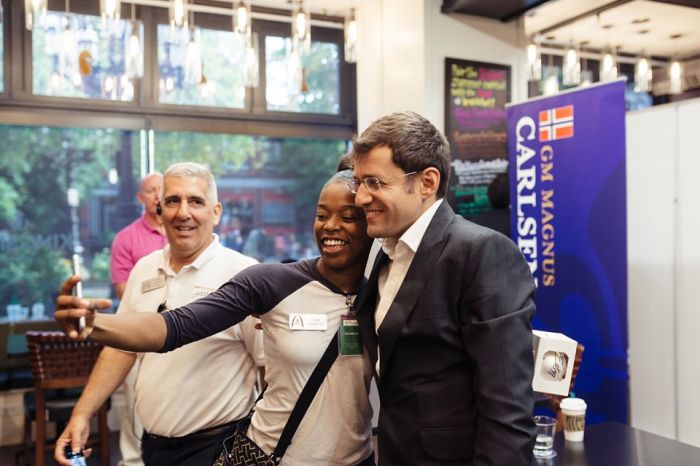 Levon Aronian will play with black figures during the second round to be held on August 18, and his opponent will be Dutch chess player Anish Giri, who tied the match with world champion, Norwegian chess player Magnus Carlsen during the first round.