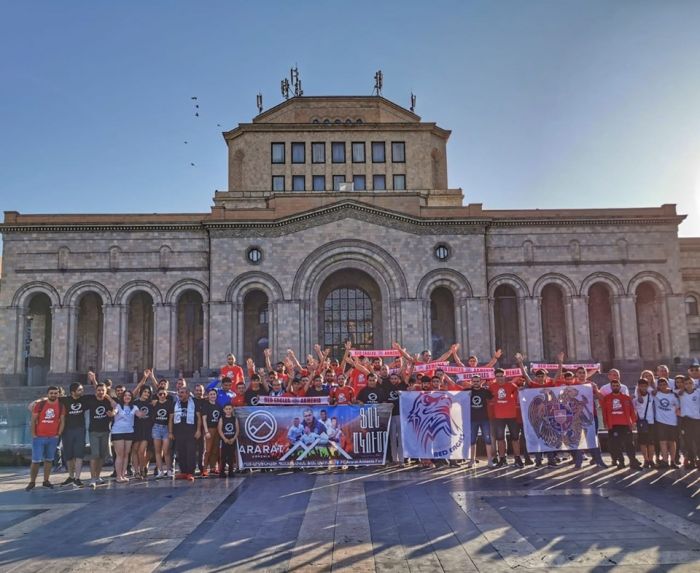 The Embassy of Armenia in Georgia will grant tickets to the Saburtalo – Ararat-Armenia return match of the third qualifying round of the Europa League and shirts with the words “Ararat-Armenia” to Armenian fans in Tbilisi, as reported on the Facebook page of the Armenian Embassy.

Starting from 6:30 p.m., the Armenian Embassy’s representative will be near the entrance to the stadium and will greet all Ararat-Armenia fans.

The march will begin at 6 p.m. from the “Delisi” metro station located next to the stadium.

The Saburtalo – Ararat-Armenia match will take place at Mikheil Meskhi Stadium in Tbilisi and will begin at 8 p.m. The Georgian team won the first match 2-1.