FC Karabakh loses to APOEL in Baku, left out of Champions League 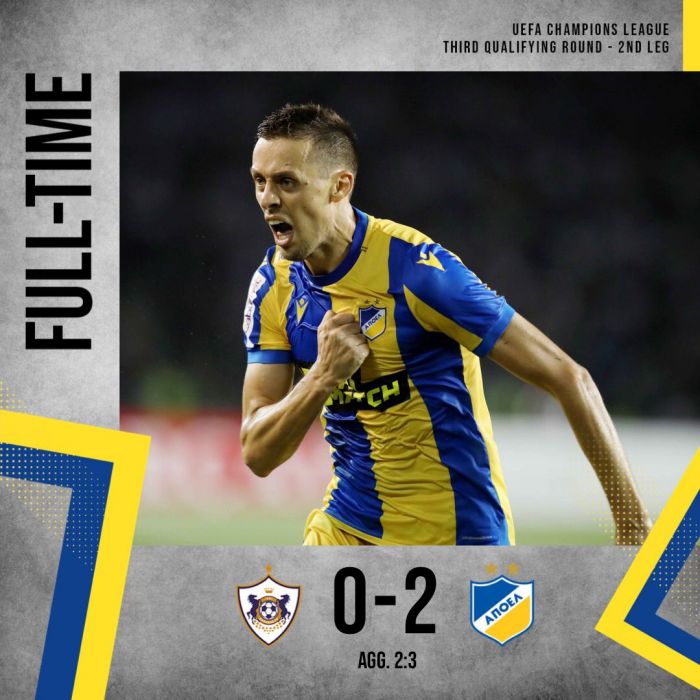 FC Karabakh received APOEL of Cyprus during the return match of the third qualifying stage of the UEFA Champions League, lost 0-2 and was left out of the championship.

FC Karabakh had won 2-1 in Cyprus during the first match.

During the qualifying play-off, APOEL’s opponent will be the winner of the match between the Greek PAOK and Amsterdam’s Ajax.