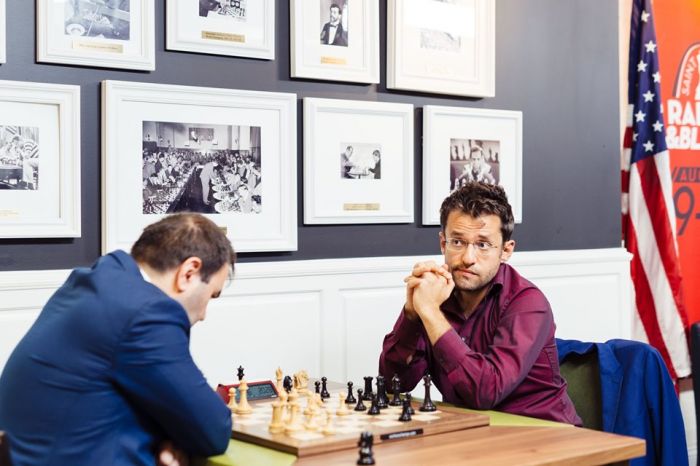 In the first round of the blitz, Aronian tied the match with Russian chess player Sergey Karyakin with white figures, and in the second round, he won Mamedyarov with black figures at the 82nd step (Aronian had won Mamedyarov in the rapid as well).

In the blitz, there is 1 point for each victory, half a point for a tie, and the points are added up to the points earned during the rapid chess tournament.

Currently, Aronian is the sole leader with 14.5 points, followed by 2nd place winner Maxime Vachier-Lagrave, who has 13 points that he earned in the rapid chess. Vachier-Lagrave lost to world champion, Norwegian Magnus Carlsen and Hungarian chess player Richard Rapport in the first two rounds of the blitz chess.

The St. Louis Rapid and Blitz is the fourth stage of the Grand Chess Tour.