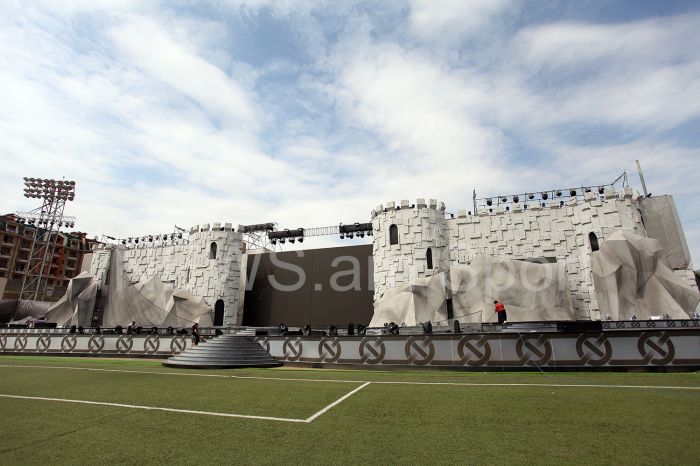 The workers at Stepan Shahumyan Republican Stadium of Stepanakert (Nagorno-Karabakh Republic) are making the finishing touches ahead of the opening of the 7th Pan-Armenian Summer Games.

The stage for lighting the torch is already set up at the stadium, but the organizers still haven’t announced how and where the fire will be lit.

According to the organizers, all the seats of the stadium are occupied. The seats for special guests are also placed in the center of the field. The opening ceremony will last 3 hours.

There are nearly 5,000 athletes from 145 cities. The torch of the Games will be lit by Olympic champion Hrachya Petikyan, Primate of the Artsakh Diocese, His Holiness Pargev and Vice-Chairman of the World Committee of the Pan-Armenian Games Albert Boyajian.

The Games include 17 sports, and there will be 105 medals.