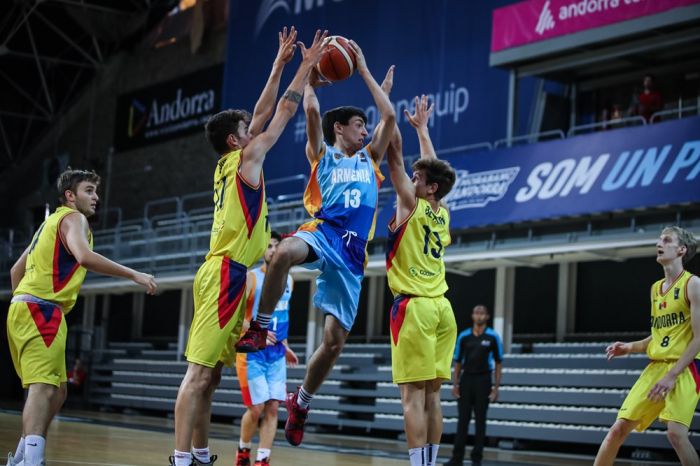 The U18 men’s basketball team of Armenia competed with the Andorran team and lost 76-81 during the game for Group 5-9 C of the FIBA U18 European Championship.

The Armenian team will play another game for Group 5-9 with the Moldovan team on August 4.