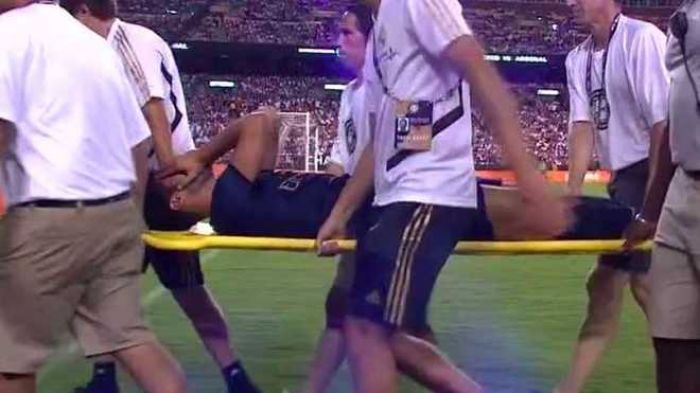 Real Madrid midfielder Marco Asensio may miss the whole season as he sustained knee injury during the clash against Arsenal, The Sun reported.

As reported earlier, just three minutes after the Spaniard had scored to get his side back on level terms in the US, he was taken off the pitch as the 23-year-old midfielder reportedly got his foot caught in the turf at FedEx Field.

Arsenal and Real Madrid faced each other in their International Champions Cup clash in Washington, D.C.

The regular time ended in a 2-2 draw.

But in line with International Champions Cup rules, a penalty shootout followed, and the Gunners beat Los Blancos 3-2.