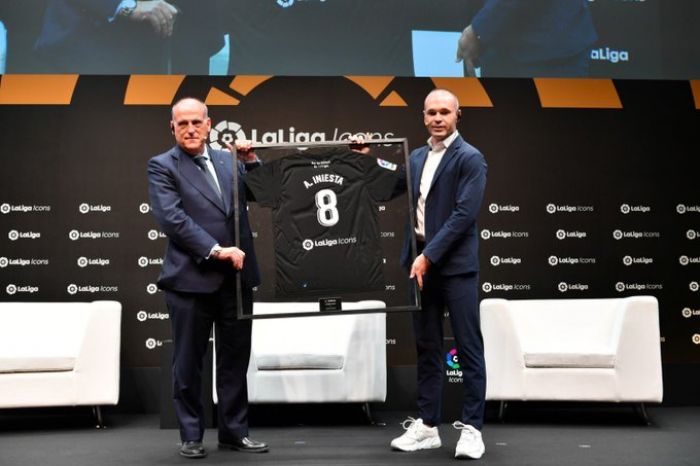 Former midfielder for FC Barcelona and the Spanish national football team Andres Iniesta has become the ambassador of the Spanish La Liga.

The solemn ceremony was held with the participation of President of La Liga Javier Tebas in Tokyo, Japan.

Iniesta played for FC Barcelona between 2002 and 2018, becoming a nine-time champion of Spain and four-time cup winner of the UEFA Champions League.

Currently, Iniesta is playing for the Japanese Vissel Kobe.