For the fans travelling so far and long, it meant a lot #SENALG #TotalAFCON2019 pic.twitter.com/qmDjua7Pcy

The Algerian national team have won the Africa Cup of Nations for the second time.

Algeria beat Senegal 1-0 at the final of this football tournament that was played in Egypt’s capital city of Cairo.

Algeria first won the Africa Cup of Nations title in 1990, in the final tournament which they had hosted. 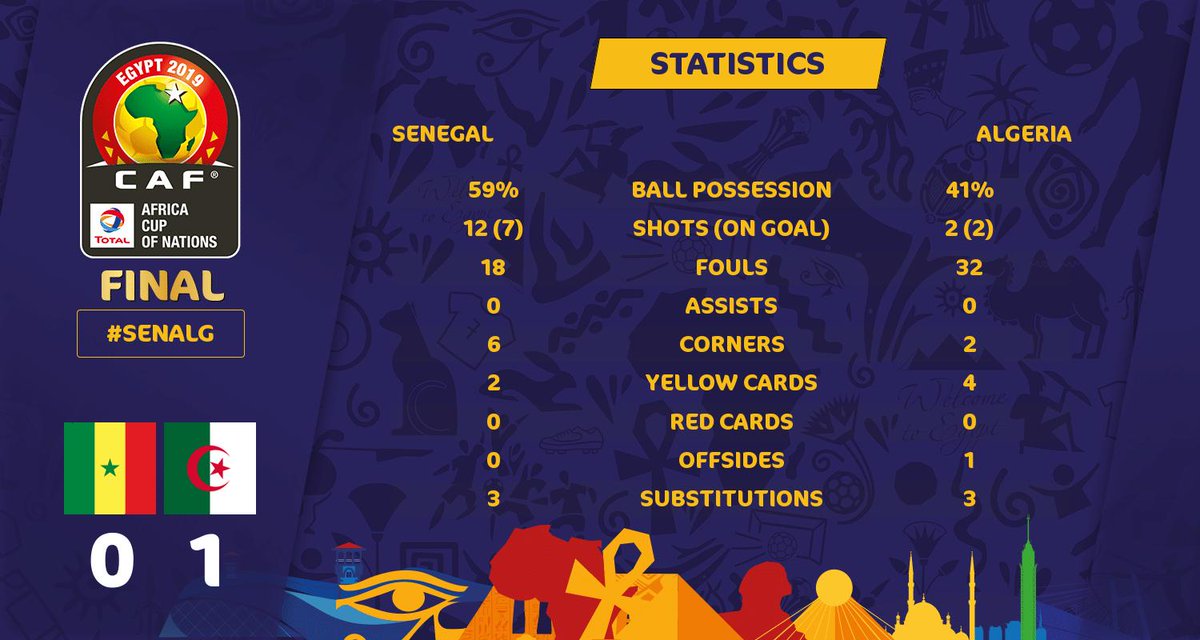 They're still in with a shout and they're making noise #SENALG #TotalAFCON2019 pic.twitter.com/Q1BpnsBq0y

.@LesVerts ended their campaign with a 2nd AFCON title with a narrow win against #TerangaLions.