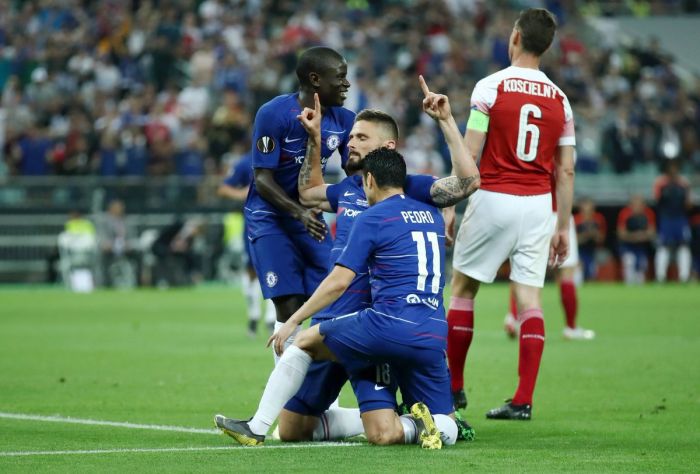 ‘It was a good final and we have been better, more efficient in the second half,’ said Giroud. ‘I am very proud, this team deserved to win something. It was special for me, I am happy for this club. It’s my second trophy in two years These two clubs changed my life, they gave me the opportunity to play in the Premier League. I didn’t want to celebrate against Arsenal but I am so proud to win this trophy with Chelsea. When you give me the chance to get game time I always try my best. It was our second target to win the Europa League after finishing in the top four so I feel blessed.’